The Ardwiino Guitar Configurator tool allows you to program Arduinos for your own custom controllers. 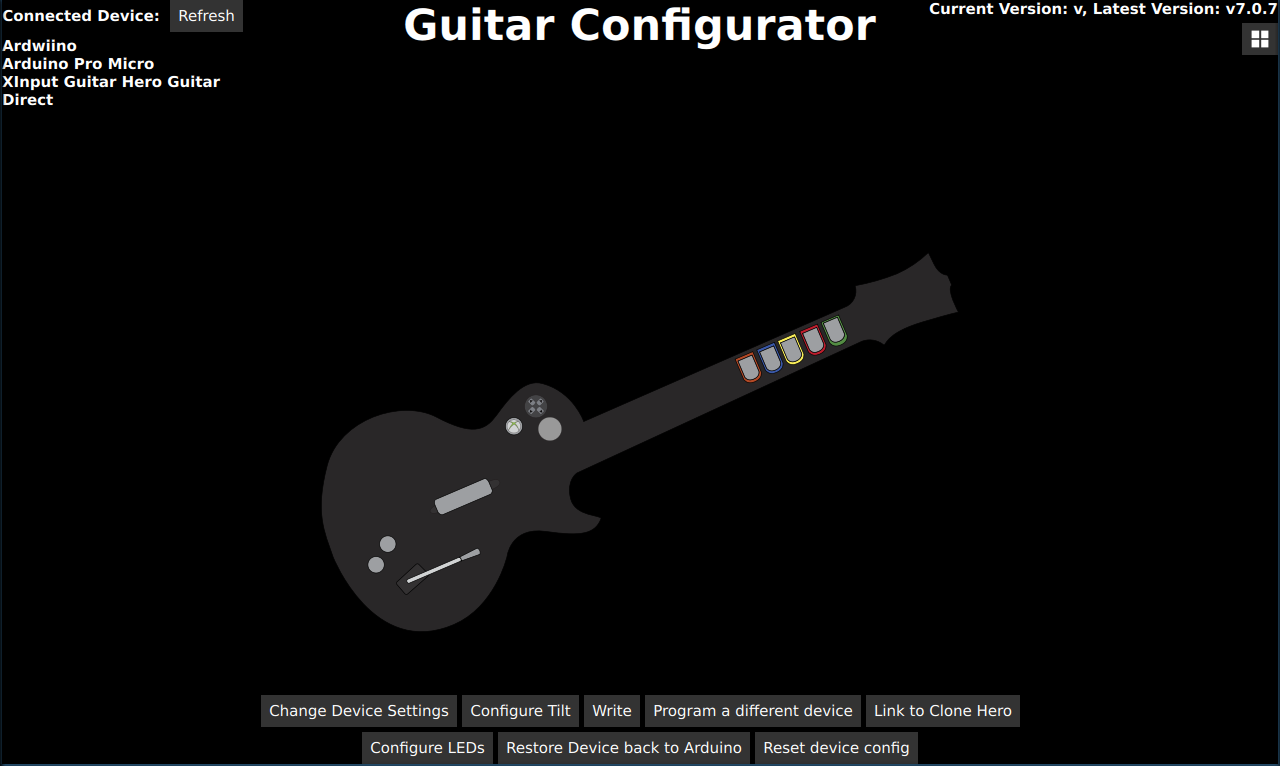 How to build an adaptor or controller

Pick a guide from the left to learn how to build a controller or adaptor.

Need Help? Something not working?

Click Here to download. You can visit this link in order to see older releases and testing releases.

I have put several years of development time into this project, if you like it feel free to support this project by clicking either of the links below.